Aims: The purpose of this study was to investigate and compare the formation of polymeric and Ocimum gratissimum seed films containing solid lipid particles for controlled drug release.

Methods: The hot homogeneous method was selected to form solid lipid particles containing sodium fusidate to load the drug into the film. The in vitro drug release and drug permeability of the films were tested with dialysis tubes and the Franz diffusion cell method, respectively. The mucoadhesive time and swelling and erosion rates were also studied.

Results: The solid lipid particles showed the ability to form Ocimum gratissimum seed and polymeric films for use in drug delivery. Although the polymeric matrix yielded excellent swelling and erosion rates, leading to a faster drug release rate and drug permeation than that of the Ocimum gratissimum seed film, the mucoadhesive time of the polymer film was worse than that of the seed film.

Conclusion: Therefore, the characteristics of the individual systems may be further studied in a combined system to take full advantage of both in the desired film. 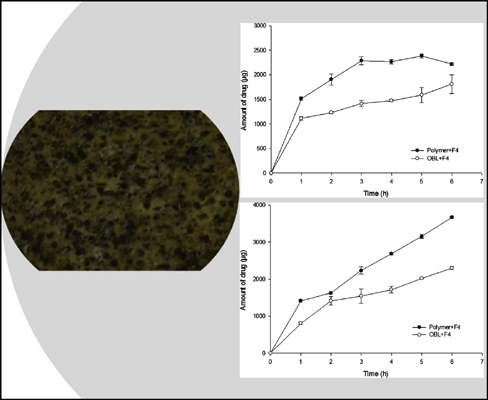